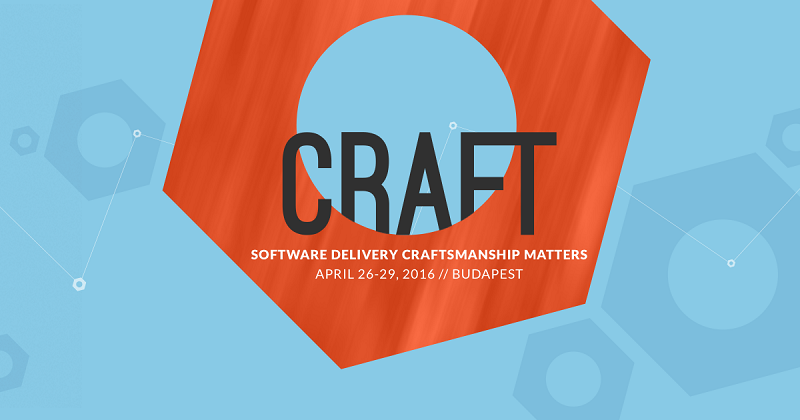 Craft Conference is A-MUST-ATTEND on my conference list for each consecutive year. I tend to prefer specialized events (dedicated to particular method / technology / platform), but Craft allures me with its "crafters for crafters" approach - speaker list is totally dominated by engineers & other practitioners from unicorn companies. Even if their sessions sometimes do not fully meet my expectations, I can approach them directly afterwards & have a side discussion about how they do stuff in their workshop - people are far more eager to discuss the internals of their work if it's not going to be on an officially record :)

Location, catering or basic information flow are not really what's the most interesting in conference, but poor organization can sink completely even a decent event. Fortunately, it's the case for Craft. Once again, orgs have surprised attendees with a truly unique venue (Hungarian Railway History Park), exclusive train transportation (Craft Express), rail wagons in the stages' backgrounds, awesome food, etc.. Encountered problems (like interfering sound from Platform 2 & 3) have been quickly dealt with. Truly impressive, especially if you keep in mind how big event was that - I don't know the exact number of participants, but it looked like ~1000 people at least (actually, sometimes it was really hard to find a particular person in this crowd).

Line-up was impressive - judging by names (which is kinda naive, I know), it may have been the best staffed conference I've attended, featuring (among others):

What's REALLY important - vast majority of them didn't disappoint at all. Not that long time ago, I was complaining myself that some of seasoned conference speakers treat their sessions just too lightly - either by continuously coming back with the same old topic, or just by presenting something that's not really well thought out and prepared. Fortunately, it wasn't this case (there were 2 notable exceptions, names are not on the list above) here.

Legends & authorities are OK, but what about actual hands-on engineers? Young & daring talents straight from Silicon Valley who surf on the bleeding edge of modern software engineering? Oh, they were there & they were plenty - guys & gals from Twitter, Docker, Google, Etsy, Pivotal, Uber, Stripe, Pandora & even our polish Allegro. 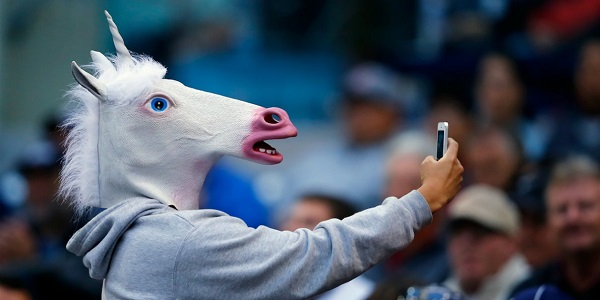 Some of them did really great job, some were struggling. Some dared to bring up something meaty, some didn't. But to be honest - it's OK, I don't mind as long as they are open to questions & discussion regarding their toys & the journeys they've done to get where they are now. And none of them (at least ones I've approached) had any problems with that.

We're getting straight to the biggest (according to maaany people) problem of Craft 2016 - the selection of session topics. Usually there are few sexy & trendy subjects that shape up a theme for an event. But this theme should be covered by not more 30% of sessions, so everyone can find something suitable for him/herself if (s)he's sick of the theme already. Unfortunately this year's Craft was pretty much MONOPOLIZED by one, hybrid topic:

It does't mean I had trouble with finding a session that would seem interesting for me - quite the contrary, usually there were 2-3 places I wanted to be present in the same time. But still - I think that having a greater variety of topics available would be very welcome by many attendees. I just can't help pasting this worn-out meme here ... 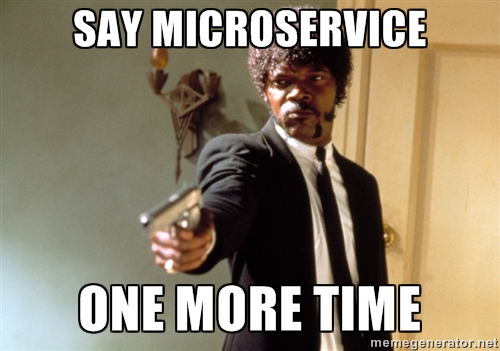 Which sessions I liked most? If I were to point out 3, it'd be (in random order):

I've left Budapest with a moderately long list of ideas, quotes, links & remarks to elaborate on. With my batteries somehow re-charged. With some new thoughts on our industry - where it is & where it is heading.

I've also met (for the first time) a few people who had a tremendous impact on the way I perceive my work, on my past career decisions & the ways I follow to make technical (& not only) decisions: namely Martin Fowler & Jez Humble. It was an honour for me.