Attention! It's one of those posts that are written merely for self-reflection, not to share anything breakthrough-ish (or pretending to be such). It's gonna be personal, I mean it. You have been warned.

It was an odd year. Pretty much nothing went as planned. No-one could have imagined apriori how the situation developed. But it doesn't mean it was a wasted time - a new reality, even if challenging, is always an opportunity to learn and take advantage of it.

Let me summarize my key findings and learnings from 2020 - I promise to be brief and focus only on what had the most significant impact (upon myself and the way I think/work/play). Keep in mind that it is all written from a software craftsman's perspective (so the conclusions apply mainly for that industry).

The lock-downs and remote work didn't just change the way I work - it also has a significant impact on my private life. Here are some examples:

That impact meant that my life actually became ... less satisfactory.

So however odd it may sound, I pretty much had to ... re-design my life because of all that. Find different ways to recharge 'inner battery', invent new rituals, sometimes even discover entirely new sources of self-fulfillment. It was complicated, it took some time (and re-iterations), but it was necessary to keep me happy with my life.

Another learning was about the 'good game' (check this article if you're not familiar with the term:

As Michael Lopp claims, the game is not 'good' if it can't be won (it's the 3rd criterion). I agree. But I've extended (for my own sake) this criterion by an additional clause:

The game is not 'good' either if you don't believe in its meaning, if you question its purpose or if you see other ways to fulfill your goal(s) - better, faster or both.

Seriously, don't waste your time on the games that are not 'good'. Time is the only resource you cannot buy back.

I won't dig deep into those here. Feel free to click the links and check my reviews.

More about books I've read in 2020 can be found at my Goodreads profile:

I listen to a lot of music, but the majority of this stuff is of very specific genres: there's a big chance that it would not fit the taste of someone with a more 'mainstream' preference. That's why I've restricted myself to the most 'safe' choices (IMHO) only - masterpieces that deserve wider acclaim and do not belong to any super-narrow niche (of genre or style).


What can we learn from the Cyberpunk 2077 launch drama? 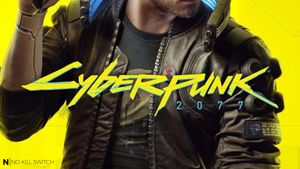