It's January, the month of summaries. I don't mind resisting the pack instinct, but 2022 was so fruitful that proper aftermath may actually be a reasonable idea. So buckle up, and let's have it done in style.

I read a healthy dose of books last year. If you want to take a look at all the reviews, you can find them here, but if you'd rather stick with a brief list of recommendations, here you go:

These five are all non-fiction, but there's no other common denominator between them. One is about behavioral psychology, one about sociology and political science, one about OSINT and geopolitics, one about creating (& running) a modern company, and - last but not least - there's also one on scaling a successful product that millions of people will love. There's something for everyone here.

Why no fiction? Nearly all fiction I've tried this year was rubbish (and I was picky like ten hells). The only notable exception was "The Expanse", but hey - what's the point of recommending stuff everyone knows, huh?

Why no tech/architecture books? I read a few good ones last year, but I can't recall any groundbreaking book that would be universal (tech-agnostic) enough for a wider audience recommendation. Maybe next year.

What about blogs/newsletters? Well, I use ~8 subscriptions (2 of them paid), but I'm very picky: I don't read all the content (even if I pay for that) - only the stuff I pre-filter by my custom criteria. Which blogs/sources of written information can I recommend? Definitely Quillette, Stratechery, The Pragmatic Engineer, LeadDev, or CTO Craft. Plus a bunch of podcasts, like TechLead.Journal(), The Bike Shed, Lex Fridman podcast, or Masters of Scale.

I love working smart. And "working smart" means using tools/routines/mechanisms that either do my work for me, reduce the effort/burden, or make the work redundant at all. Typically, I had to constrain myself - in a neverending quest to improve efficiency by another 0.1%, I used to spend many evenings testing more & more Holy Grails of productivity.

But for the last two years, my set of handy tools has stabilized and solidified - so I DON'T have any new tool that I could wholeheartedly recommend to you now. It doesn't mean I change nothing - in fact, I keep micro-optimizing my setup continuously, but it's an evolution (based on a stable tool stack), not a streak of revolutions. What is the core of my stack? Obsidian (work stuff), Roam Research & Miro (private/professional consulting) - nothing super fancy here.

The only two new tools I started using daily in 2023 (& keep doing so for now) are Cron (calendar) and Matter (async reader). I like them a lot, but these are still early days for them - their current deficiencies prevent them from being irreplaceable on my desktop/phone for now ...

I didn't visit any cinema in 2022. I've barely watched anything on streaming platforms. After filtering out some docuseries, you'd probably recognize just one title from my list: "Mandalorian". The videos that have brought me the most joy were the cam footages of Ukrainian liberators dealing with the invading Russian cannon fodder. That's how we feed ourselves with hope for a better tomorrow in Eastern Europe these days.

Stuff to entertain yourself with

I played a single computer/console game last year - "Elden Ring". If you know & love it already, you can nod your head in understanding now - that's the moment. If you don't know it / didn't get attracted by it - don't bother: it's one of those that polarize the audience immediately. You either love it or hate it; there's no middle ground.

What I saved on digital entertainment, I've spent (twofold) on board games :) In 2022 my collection grew significantly, with titles like "Oath", "Blood Rose Wars", "Fort", "Oltree", or "ISS Vanguard". I love them all and can recommend every single new title from the list, but until this very day, nothing has yet beaten down "Nemesis: Lockdown" from position number one.

2022 will be remembered as a year when globalization (as we knew it) started to collapse. The rumors of the demise of the American empire have been decidedly premature, but there is no going back to the global Pax Americana. The following 2-3 years will define the framework of the "New Cold War", with few new players trying to establish a comfortable position on a global chessboard (China, India, possibly Brasil, maybe someone in the Middle East - if they play well the energy crisis, perhaps at least part of EU - to fill the gap after Yankees switching their focus to Pacific).

There's no point in lying to yourself any longer - the children's education has to be re-invented & rebuilt from scratch. The former system that worked moderately well for so many generations has aged very badly recently. With the recent development of technology (do you need any additional proof after ChatGPT?), the whole system based on memorization of encyclopedic knowledge (which is just one click away all the time) is pointless. It wastes young people's energy and potential without bringing tangible value in exchange.

Examples? Sure, here you go:

Not doing that (revolution in education) would have massive consequences for the future job markets: the "employability" of young people, the gap (depth and width) between high- and low-value jobs, and the perception of the value of education itself.

My work in AWS is still fun, fortunately. Even after two full years, things don't get repetitive or tedious - the organization itself (its modus operandi, culture, internal mechanisms, and developed products) is so intricate that one keeps discovering new fascinating details every day. And there are startups (who I collaborate with daily) as well - it's hard to get bored with those folks :)

... the truth is I started missing my "old" life. Full skin in the game, working on a product you can transfer a piece of your soul into, autonomously developing a chunk of a rapidly growing organization across all the possible dimensions (people, product, technology, processes, ...). In AWS the scale is enormous, but it's hard to feel like anything more significant than a cog - a sophisticated, well-equipped, important piece of well-oiled machinery, but ... still a cog. In a smaller, more straightforward organization, it's easier to feel your direct impact and how you make a difference. The gratification is nearly instant - you see how things grow and bloom pretty much in your hands.

That's why I am slowly coming to terms with the career change. It's too early to tell what kind of change that will be (changing the role within Amazon? looking for some interim CTO role? joining some scale-up on a steep growth trajectory? or starting something from scratch?). Or when it will happen (no reason to rush things). But I can sense the wind of change already blowing my way in 2023. 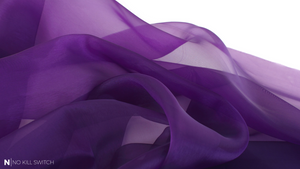 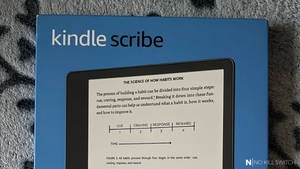