"Leadership" is the thing these days - ones able to get others moving, ones who act as a multiplier to others' work (due to leverage effect they make), ones that do inspire their peers & actively shape the culture around them - they are worth their weight in gold.

But while we speak a lot about leaders and their characteristics, there's also the other side of the equation - the followers. It's more than obvious that different people do react in a different way (to a leader) - not everyone is equally eager is trust, collaborate, adjust, contribute & ... yes, follow. I had my way of thinking about that, but recently I've encountered a very simple, yet useful conceptual model - it's described by Jason Wong in Camille Fournier's recent book - "97 Things Every Engineering Manager Should Know" & it's called Ira Chaleff's typology of followership (after it's creator - more details in this book).

OK, so what is it about?

Imagine the 2D space where the dimensions have the following meaning:

Such a plane can be conceptually split into 4 sub-areas:

See? I told you it's simple, but it covers 90% of classification needs :)

Each of the groups mentioned has a different impact on the organization (& the leader) and needs a different treatment. Obviously, it's virtually impossible to turn everyone into a PARTNER, but one should pay a lot of attention in having proper ratios between various groups, e.g.: 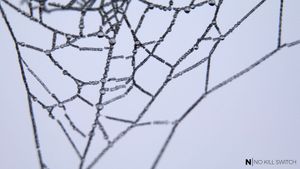 
How (badly) broken is the web?