When will this bonanza end (and how)? - part II

If you haven't yet, check the part I first.

Where were we? We've figured out that your job may wave you good-bye & go to Fareastan. But it doesn't conclude the consideration just yet ...

Is the growth inevitable?

Are we completely sure that software development is on permanent rise?

World is crazy about software, everyone wants to build new "digital" services, but if you give a bit of consideration: how much of this stuff does actually bring real VALUE (other then brief, hedonistic moment of pleasure because of doing something trendy)? Just check the mobile app stores - 5%? 1%? Less than 1%? Sadly, vast majority of the content there is social apps, simple games for casuals, photo editing, task managers (all 99% alike ...) & so-called news (or rather ads ...) aggregators.

And here's comes my point:

IMHO we're lucky to live in the times of wealth & overall prosperity - societies are rich & we have an excess of cash to waste on such crap - fortunately very few struggle for living (at least within so called Western civilisation regions). BUT what if something happens - global event that will impact the markets, cause huge crisis: world-wide war, global epidemic, continent-scale catastrophe? It doesn't have to be very dramatic (in terms of human casualties or properties destroyed) - e.g.: harsh political tensions (e.g. affecting global trade), long-term slump in the stock markets or streak of large players' bankruptcies.

You get the idea - something that would depreciate aggregated wealth or render it useless (e.g. by limiting the accessibility of truly important, physical resources - food, energy, etc.). 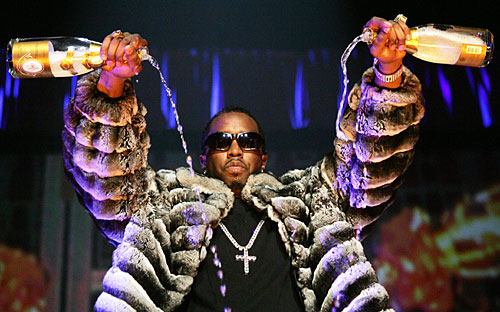 I'd say that in such case software development business (as an industry we know) pretty much evaporates almost instantaneously - even if infrastructure remains intact, no-one will pay for new toy-apps, fancy SaaS, hyped gadgets. So-called "free" (packed with ads) software will be in trouble as well -> whenever real crisis happens, marketing is where first cost cuts appear.

Software development won't disappear completely of course - there will still be important systems that just have to prevail (medical, financial, military, government, services that support key industries/sectors like education, logistics, transport, etc.), but the 99% percent of the software-based crap will be considered unnecessary luxury & no-one will even shed a single tear for them. In order to reduce costs, people will momentarily get back to manually doing stuff (previously aided with software) without any sentiment. Job market will have to contain huge excess of available programmers, so the wages will dive nose-down.

But I can't help the impression that today's software engineering is an excessively inflated balloon of unfulfilled promises: shiny, colourful, attractive, but empty inside & already stretching thin. At this point it's still being pumped up with more & more funding (& we've grown used to that), but this won't be forever.

To be continued (soon).


When will this bonanza end (and how)? - part I