(...) Economies of scale are the cost advantages that enterprises obtain due to size, output, or scale of operation, with cost per unit (of output) generally decreasing with increasing scale as fixed costs are spread out over more units of output.

This sounds so reasonable & generic, it's has been also empirically proven for traditional (related to "physical" goods) industries. No wonder that this universal law is being solemnly applied in building software products:

These are all great examples of valid, meaningful optimisations that ... oh fuck, wait ...

Except they are not

Yupp, indeed - building software is NOT susceptible to economies of scale. Completely the opposite (& it's one of the key reasons why so many managers w/o technical experience lead software projects straight into disasters). Everyone with at least few years of practical experience in the industry felt it the hard way (perhaps even several times) - but we just don't phrase it that way (so directly, flatly & unconditionally). I didn't come up with the reference to economies of scale on my own either, I think I've heard it from either Dan North or Kevlin Henney.

I'll save you presenting all the rationale behind that statement - there are already tons of posts (including my own) about them: inevitable (#giggle) tech debt, exponentially growing dependencies mesh, communication "tax", overconfidence in componentisation (which is a LIE), technical VS business complexity, etc.

For the same reason (avoiding to be Mr. Obvious ...) I'll skip the details of the proper way to decrease "cost per unit (of output)" - like: effectiveness > efficiency, limited coupling (but in equilibrium with coherency!), cleaning your shit first & building overall technical excellence (throughout whole delivery process).

Instead, I think it's worthy to dispel some (common) myths that are related to (dis)economies of scale in software delivery:

Small is beautiful. And sensible. And less risky. 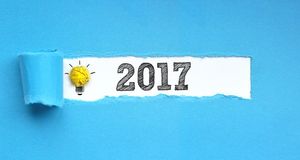 
When will this bonanza end (and how)? - part II