This blog post is all about: what are the potential benefits of a good convention & what are the conditions to make it so :), what is the most fundamental requirement for the convention to succeed & why conventions are double-edged swords ...

Traditionally code conventions are associated with naming, but the proper definition should be more comprehensive. "Conventions" are rules & agreements regarding particular combinations of code constructs that give them additional meaning. In other words: we map syntactical constructs (using existing syntax capabilities) into semantical constructs (new ones, based on our design needs).

Conventions can vary. For instance, conventions may express ...

But regardless of the variety, they have some common denominators. A convention should always:

A good convention ain't that easy to build as it has to meet several conditions to succeed:

These are all essential points. More or less obvious ones. But the most important one is missing from the list ...

Working at the root

How so? We focus far too much on technical aspects of conventions, their "purity" & perfection, while the crucial aspect for the conventions is to be sufficiently COMMUNICATED & "SOLD" (to the fellow engineers).

What do I mean by that?

Learning, comprehending (with a context) & building a habit of using the convention is quite an effort. It can fail for several reasons, such trivial as forgetting, misunderstanding or passive aggression (silently opposing the convention).

A convention doesn't have to be perfect, but it has to be respected. To make sure it is, its creator has to make a significant effort: publishing a note on Wiki/Slack is usually FAR from enough. Articles, live presentations, real-life examples (or other referential code), hands-on workshops & pair programming, tutorials, walk-through videos, feedback sessions on how did implementation go, assigning a convention owner, automated checks - I've done all those in the past & in some cases, even all of them together did not guarantee the final success.

The main problem with conventions is that if you fail to make them work, they'll backlash & turn against you. If ...

... they can corrupt the whole code-base.

Things that were obvious before will now be very unclear (with this reducing developers' confidence). A broken window effect will appear (and that b*tch is not easy to get rid of ...). Everyone will feel free to do stuff THEIR WAY, because apparently "there's no one single way to do things here". It's a big deal because:

For a certain concern: one average convention (that addresses it) is levels of magnitude better than two nearly perfect ones.

If it can't be done quickly, strangle them by consecutively reducing their scope. Educate internally - relentlessly, FACE-2-FACE & HANDS-ON, until educated ones become the evangelists themselves. Keep repeating & re-emphasizing the purpose of the convention: knowing the "why" usually makes a big difference.

And remember - conventions are usually very opinionated & the only thing certain when it comes to opinions is that everyone has a bunch of his own ones. Be an active listener & aware observer to assess "the resistance" & adjust accordingly. One won't do much against the silent defiance of the unconvinced/misaligned group. 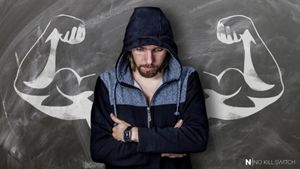