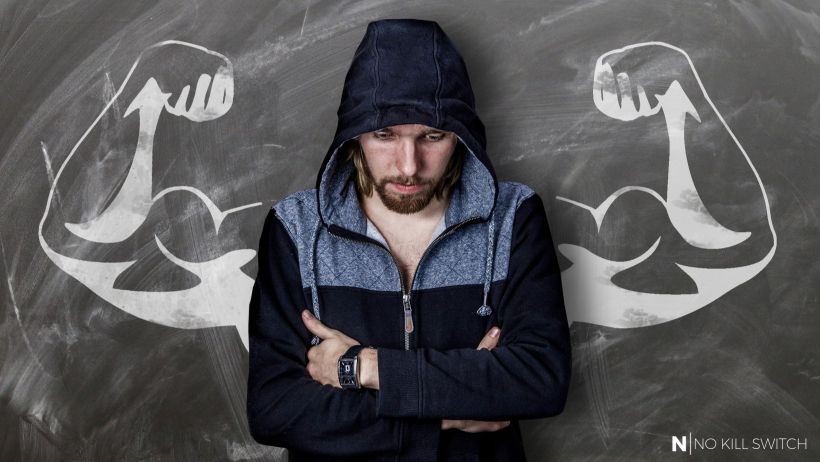 This blog post is all about: why I gave up on Grammarly, what's the difference between ReSharper-aided Visual Studio and Sublime Text or Vim, did VS cripple generations of software developers and why I'm skeptical of modern IDEs (hint: they are not solving the problems they should be solving ...)

I do write a lot. Mainly in English.

I've got a lot of practice, so in my case, the process of writing is quite fluent, but it still takes some time - structuring thoughts, adding content, proof-reading, polishing, etc. That's why all the ideas or tools that could help me save even single minutes (per post) are worth their weight in gold. In June 2018 I discovered a bunch of tools that could be helpful (e.g., Hemingway) - in the end, I've decided to use Grammarly, which gives lovely, instantaneous feedback on grammar, punctuation and stylistic (mainly repetitions, but still) errors.

I was quite happy with the tool - nicely integrated, discreet enough and apparently: really saves time.

But recently (1-2 months ago) I've started to notice a problem ... Until now I never had any issues with spelling or grammar - neither in Polish nor in English. Few months have passed & ... it seems that I do make MORE mistakes than I did before, I'm uncertain (about spelling) MORE frequently than before (in case of some words: notoriously). In theory, it's not an issue, because these are getting fixed immediately (thanks to Grammarly), but apparently, I've "outsourced too much" - instead of having an automated secondary check,  I've started relying on it so much that my own skill has degenerated.

I consider writing correctly (on my own) my "core", "primary" skill - I find it absolutely essential. That's why Grammarly has to go, I'll have to manage w/o it (shrug)

But should you care? And why?

When it comes to writing code - is it a significant change or not? To be honest, it's like a completely different discipline, e.g.:

It seems like Visual Studio & ReSharper are making developers' life easier & more convenient, while also speeding up the code-work.

But my question is - doesn't it go too far?

To be more precise:

I agree that code semantics is MUCH more important than basic language syntax. I agree that syntax needed to create a delegate, lambda or whatever can be easily googled & knowing it is NOT the main value of the hired engineer. I agree that tools like IntelliSense or IntelliCode can undoubtedly speed up development when it comes to efficiency (not necessarily effectiveness though!)

A programming language is an example of a low-level tool - you use it to express higher-level, design-based concepts that form the business solutions, so its (language's) usage HAS to be intuitive, natural, even "subliminal". Practicing the usage of language-level constructs is supposed to be your everyday-kata because the more fluent in it you are, the more you can squish out of the language & the easier it will be to do wonders on the higher levels of abstraction.

Some of you may sneer at these comments & find them an exaggeration - let's assume that in spite of all these tools an experienced developer like you can keep & preserve a high language proficiency. But what about juniors (especially neophytes) - for whom their first contact with the language will be via tools like Visual Studio with IntelliCode and ReSharper?

Will they be C# developers? Or maybe Visual Studio operators who barely know the language they see on the screen (because IDE guides them by hand)?

But all the actual knowledge/creative work still (IMHO) requires sane, human judgment & engineering common-sense. I dare say that we, humans, haven't yet truly mastered building software systems that are long-term sustainable: my suggestion for us all it to focus on simplifying the tool-sets and adjusting them to be more malleable, NOT on building bots & assistants that become necessary to navigate across the over-complicated software development ecosystem.

You may call me old-fashioned, but now I'll be getting back to my ol' good Emacs + Spacemacs combo :)