TL;DR Solution that are both quick & easy to apply are usually a clear win, but in case of using cache to "fix" performance issues it may get really deceptive. Cache is a good tool (if applied correctly), but the concept of caching scales very poorly with increasing both distribution & domain complexity, UNLESS you follow some very basic rules that may be very restrictive, but help with saving the composition & state coherence within the system.

One can divide software systems into two performance-related categories:

Fortunately (?) "the rest" is an overwhelming majority, but that has caused an interesting effect - a huge gap in terms of awareness, experience & palette of optimizing skills between engineers who work on these two categories. Specifically, the latter group seems to have just one, universal answer to any performance-related issue: caching.

Caching is not bad per se, it's one of the techniques that definitely have its applicability in certain scenarios, but I can't help the impression that it's not only over-used, but what is worse:

Why do devs favor caching over getting to the root cause of encountered issue(s)?

Caching makes the "solution" more local, hence limiting the regression scope. Dev doesn't have to get her/his hands dirty in code that may be someone else's, may be legacy, or may be just too fragile to deal with in a safe manner. Cache is usually creating something new, a new, "clean" layer of abstraction. What is more, caches are usually memory-based (and memory is - in general - cheap), so they are quite a safe bet - even if cache is designed poorly or inefficiently, negative consequences won't be visible immediately, at least the performance-related ones. And the model-related (or composition-related) ones are usually highly underestimated.

These problems are not something that can't be tackled with proper approach & attitude. The important thing is to follow some general rules to keep caching sane & trouble-less:

Key rules from above can be easily illustrated with the diagrams. Let's start with a simplified perspective of a sample system that doesn't provide caching: 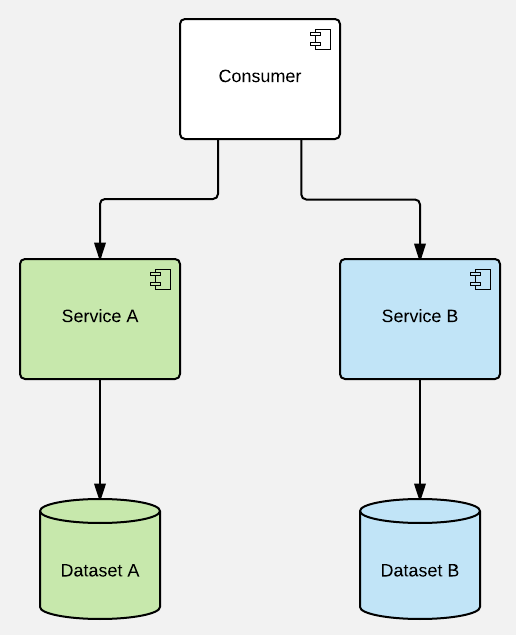 Here'd be a solution I find "the most broken", as it leaves the decision on whether to use cache or not to the service consumer (whether cached content is persistent or not is not really relevant): 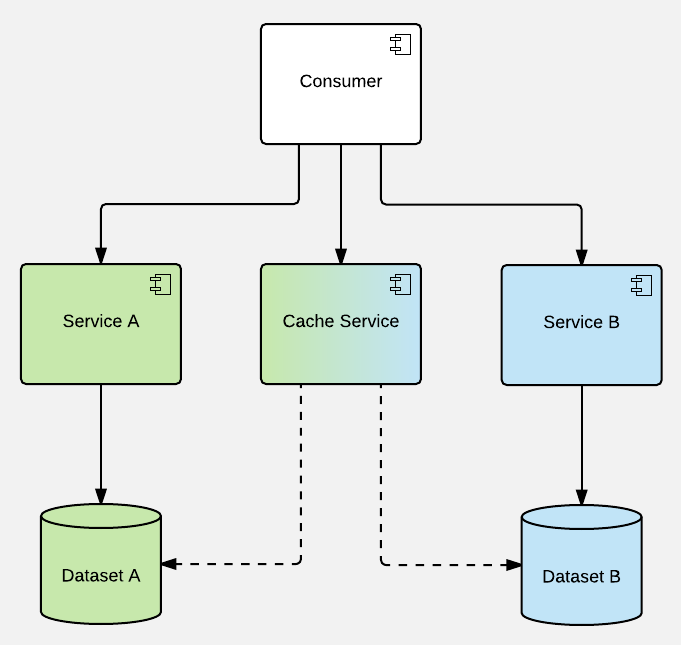 It gets only very slightly better if you're caching processed (transformed) data on consumer's side & you manage the mixed cache state (usually view models) manually there. This gets ESPECIALLY troublesome if applied independently throughout several layers (consumers serving as another level providers, etc.), just imagine the troubleshooting over several layers of abstraction, each one with its own ephemeral state: 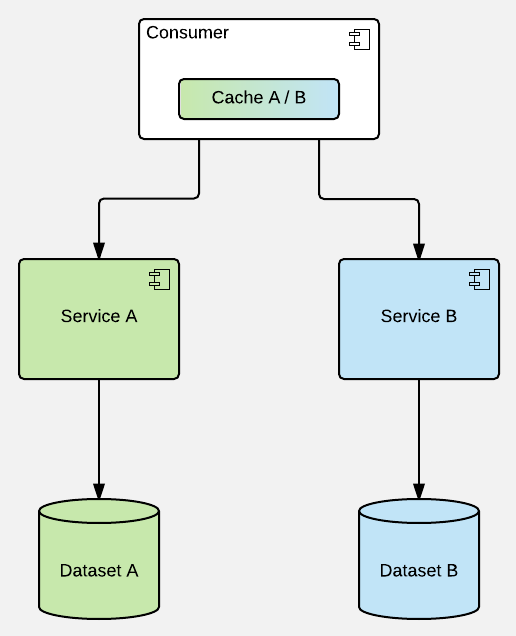 Caching on consumers (preferably just the final one in processing chain) is not too be condemned per se if all the service access goes via corresponding cache (just like in state managers of modern web applications) - disciplined approach to that is sometimes called an isomorphic API & has its sensible use cases. 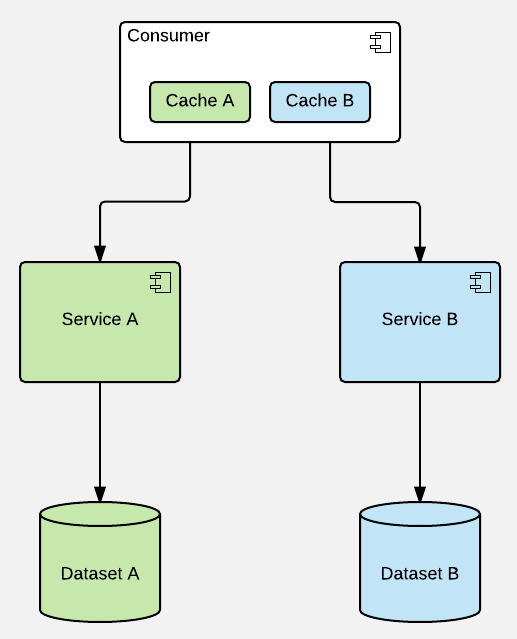 But the most maintainable (& scalable, & composable, etc.) solution (not necessarily the best performing though!) would be to leave caching to services (even if it means redundant round-trips) - they supposedly are the most capable in terms of caring for proper data (& cache) life-cycle management: 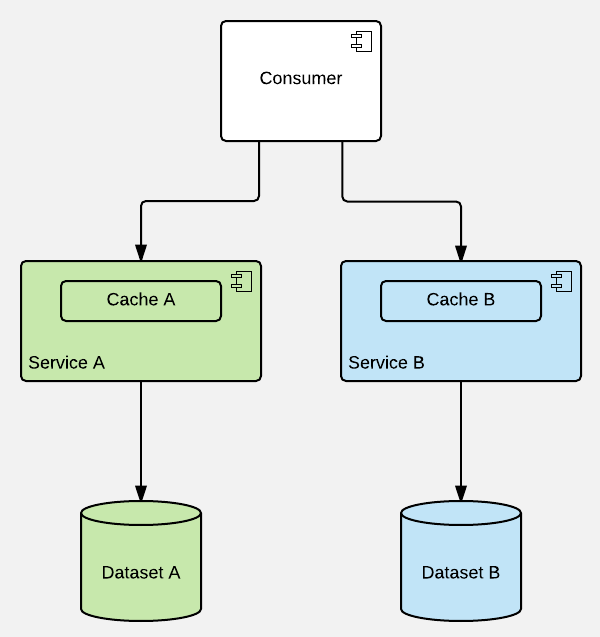 This model can be extended to multi-layer variant as well, but I wouldn't advice that. Speeding up memory with another chunk of memory rarely makes any sense & horizontal synchronization of different caches (e.g. built for different API gateways) may be a huge pain in the neck.


Technical Debt is not synonymous with Bad Engineering


The one & only killer-trait for engineers (of all levels)