Bossless: why neo-feudalism in IT is passé

TL;DR Surprisingly many engineers prefers to be explicitly told what to do, be given a clear end-to-end specification & the worst of all - have someone else representing them to the end of the world, translating "the current state of things" into the language everyone else understands. IMHO it's one of the effects massive outsourcing has on IT industry. In this way, many engineers, on their own wish, "pidgeonhole" themselves not as real knowledge workers (or as some would say - creative workers), but as pure "coders" -> conveyor belt operators who put someone else's conceptual work into languages of the machine. People who prefer to be herded by "supervisors" in a work model taken straight from the past century ...

Recently I was involved in some fiery discussions regarding building of larger & smaller teams, leadership/supervision at various levels & different organization models that would be a good fit for particular types of companies. As usually, I was happy to share my own opinions on the subject, some of them potentially controversial :> but what has struck my interlocutors most was the fact that since I can remember I've always worked in work environments where I had no boss (in the traditional sense of this word) - and I very strongly advocate such set-up.

I mean - literally, in the HR registries or org chart presentations I surely had some sort of boss (I was rarely bothered to ask who ...), but in fact there was ...

I'm not delusional, there would be no issue with finding someone to kick me out in a minute once I go rogue, screw up something intentionally or decide that I'm out of fucks to be given. BUT from my contemporary perspective it was simply me playing the role I've been employed to play - role that was the part of the (work) system.

Wait, who's at the driving wheel?

Both of the above are correct - work environment in software engineering is a system (I refer to system's theory here ofc) & ones of this kind get just too complex for typical, "manual" micro-management: breadth of roles, skill-sets & abilities plus required high-level of flexibility & adaptability require an unprecedented level of autonomy -> after exceeding a certain size, system has to "self-managing in a distributed way", otherwise it will either collapse (under its internal inertia) or become extremely ineffective.

Wait, wait, aren't we getting straight into some kind of fantasy? Self-managing autonomous systems w/o hierarchies? It truly sounds utopian (at least), but fortunately what I mean is actually quite simple, realistic (no, there will be no Holocracy references ...) & commonly used in companies around the world:

In my case, adapting to this model was quite easy, because ... this was the one I was taught during my "professional upbringing" :) No wonder that I wasn't missing traditional, neo-feudal hierarchies as I never had to face such a thing:

OK, but how did it work in practice? How is this even possible that I didn't need anyone to tutor / coach / feedback me? Well, of course I did, but why would I need a "boss" to do that? It's a matter of a mix between being proactive & highly aware: I can ask anyone for feedback, mentoring or advice & provide some to anyone that asked me. Same applies for leading - in a properly operating system everyone leads "partially" - within her/his area of expertise (& role's accountability).

So yes - no one "assigned me tasks", these were always the consequence of my role, which was defined by the work system. It was my to decide how to do stuff & in what order, as long as I was meeting the set goals & objectives of my role. When I was not, other parts of the system (who were consumers of these goals' work products & depended on them in some other way) were the sufficient mechanism of control.

Don't get me wrong, no system is always permanently stable & flawless - especially systems that consist of numerous individual & fragile technologies in the context of constant, ongoing changes - but even if there was ALWAYS something that did not worked perfectly & required fine-tuning (which we, as the part of the systems applied), I still prefer such a bossless set-up over a work environment filled with mindless drones that always have a perfect excuse of following someone else's will. 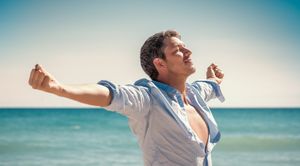 
What does boxed catering have in common with model entropy? 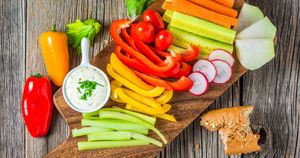