A word about Remote Leadership

A LOT has been said (written) about how COVID-19 has enforced "remote revolution" in software development companies (& not only). About the benefits, challenges and risks. Tools, techniques & processes. Almost everything remote-related one could think about.

Disclaimer #1: pretty please - do NOT confuse 'leadership' with 'management' - these are two completely different topics. I intend to focus on 'leadership' only.

Disclaimer #2: this is not a blog post about the top 5% of the market - companies that excel in a distributed model, have practiced it for years, etc. It's a consideration about everyone else - companies where unicorns do not poop rainbows.

On one hand: the true leader is always a leader, regardless of circumstances. Remote-first (hub-less) distributed teams are (by definition) fully symmetrical: everyone shares the same constraints - a candidate for a genuine leader suffers the same difficulties her/his associates do.

But on the other hand, let's consider the nature of leadership. No, I'm not going to (re-)define what leadership is (again) - I assume you do know it at this point. Instead, let's focus on "the medium" of leadership.

What's "the protocol" that true leaders do influence (positively) others through? How do "the leadership particles transmit"? Do you need continuous physical proximity and maybe it's OK to have a video call once a week?

Apart from purely individual traits (like charisma, professional credibility, authority, having an inspiring vision, being able to communicate it, etc.), there's a need for CONNECTION (between a leader and her/his followers).

I'd define CONNECTION as a function of PRESENCE, BANDWIDTH & established, mutual TRUST.

Team distribution works like a charm in mature, mesh-like org structures. With very small, autonomous, highly engaged and truly entrepreneurial teams. Where people do understand the meaning of all three pillars of agility: autonomy, transparency & discipline. Those teams will perform superbly regardless of the scenario. In such organizations, everyone is (some sort of) a leader.

But scaling such teams is very difficult. And it requires top-notch, carefully selected people on board. Even the positive effects are frequently highly unstable (depend on a particular composition which will not last forever, then they lose their "magick").

In the majority of scenarios I've ever encountered, the org structure doesn't really resemble an autonomous, self-catalyzing mesh:

I'm not implying anyone's bad will. Not at all - it's just the reality. And still - all those "non-exceptional", unbalanced, flawed teams can also do decently (at least). But they need dedicated, strong LEADERS to set (& keep) the direction, be the catalysts and simple drive things. And the ability of those (especially new) leaders to develop and maintain a strong CONNECTION will be from now on significantly more challenged. I'm not saying it's not possible to make a decent impact as a leader remotely, but I believe that it will nearly always take more time & effort (with a bigger part of energy consumed by "friction" and inertia).

My thesis is that many of hitherto leaders are not prepared for the pivot (of everyone around going remote). Most of them are currently "traveling with momentum" (based on what was developed in the days before the pandemic). But they are from now on playing a completely different kind of sport - and the difficulty bar has been significantly raised.

I can't help being curious about what kind of long-term effects (of the situation described above) we'll observe in the next year or two. At this point it's nothing but a wild guess: 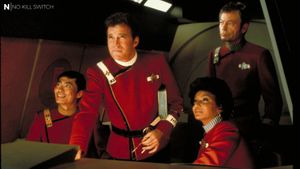 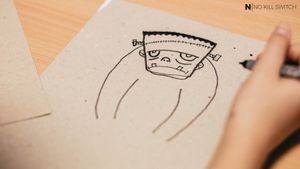