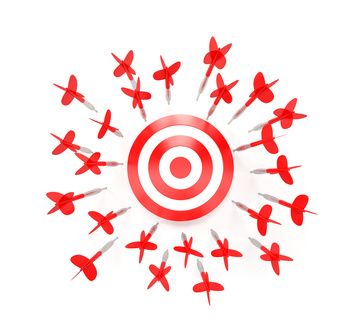 "Insanity: doing the same thing over and over again and expecting different results."

A project different than anything The Team did before:

In theory, project has succeeded. It was deployed to production, regardless of infancy-period problems, it went LIVE, but ...

It has died. Silently. Bit by bit.

Symptoms were more & more visible for few months. Users were asking about it, business owners were asking about it, various new scenarios were appearing every now & then, but ... team was unresponsive, avoided any work related with the product developed, postponed any plans of further development and failed to make next steps to extend actual adoption within the organization - product was live, but wasn't used pretty much at all.

The product that was developed was dying. And there was no-one willing to stop it. Regardless of the fact that pilot (in production environments, for real users) has got very nice results.

It's sad, but well - projects / products die & this is something we should get used to (and not get it personal btw.). My point is that even in failure there's a lesson to be learned that can be utilized in future. This lesson by itself is an incredible, empirical value that can help in making future projects / products better & more successful. So the most stupid & ridiculous thing is to wrap the whole thing in the veil of silence & just pretend to forget that anything has happened.

Regardless of method you use in delivering software, there's always a space for retrospectives, improvements, wrap-ups, check-points (call them whatever you like) - moments in time when smart & ambitious people discuss what was done right & wrong to avoid past error in the future. Because there are so many questions that should have been honestly answered!

As far as I know, there was not even a clear, shared acknowledgement statement in The Team - "OK, the thing is freakin' dead.". Most likely some people have their opinions, suspicions and insights, but there's no will to share them. No big deal, no harm done, no accountability either.

Some may think it may be due to being afraid of blaming & finger-pointing, but ... if the Team can't be honest internally, what kind of team it is?

Very sad. Makes me consider the whole thing a complete waste of time.

Scratched down after Agile By Example 2015

The pitfall of imposed leadership