Scratched down after Agile By Example 2015

Below you can find few quasi-random rumblings, scratched down straight after ABE 2015. I find full conference reviews more & more boring, so don't expect anything like that ...

That's what I love MOST about ABE. Focus on real stories, true IRL experience, actual cases (large & small) - this year I wasn't disappointed either (it can always be better though ;>). The ones worth mentioning? Maersk, both sessions about salaries (formula & review), le grande fuck-up at NHS (even if some facts were a bit twisted to support some thesis ;D), bwin, Telefonica.

Biggest disappointment? Both sessions about PZU stood out in terms of lack of depth - I had a feeling speakers want to (quite enthusiastically) share their story, but they either didn't know what could be interesting for the crowd, or maybe the presentations were shaped for different audience before (& they have been re-used now).

"Fuck IT, we're doing it anyway"

I was always thinking about IT as a key enabler of Agility. I mean: by building the capability of technical excellence (for instance: enabling short releases or test automation) IT offers all the means to truly (fully) utilize the benefits of Agile; for instance: direct collaboration between Business & IT, ability to rapidly respond to the change, etc. So for me, creating this capability was "the cookie" for Business, the ultimate means to convince them to try Agile approach.

But technical excellence seems to be more a problem than I thought. I've spoken to some people from various companies (some of them totally unknown to me before) & many of them admitted to struggle with "the hard stuff", BUT it doesn't really bother them that much (Özlem Yüce said that clearly and openly on stage). The awareness of what they could achieve even without serious technical improvements is surprisingly high -> it's really great to hear that people apply lean principles in every dimension of their work.

About Agile as mainstream

This mantra gets repeated once & again (especially in US / start-ups / on fancy tech conferences ;>): Agile is mainstream now. I sort of agree, but I was curious about opinions of people who (as far as I know) have a broader perspective - deal with more IT companies of various sizes on the daily basis (than I do these days). Answers differed a lot ;) but one particular thing has been mentioned & I find it pretty interesting:

There are more & more companies who are trying Agile because they've failed in the past in more traditional methods, but ... they are trying to solve (using Agile) the problems that belong to totally different areas (not related to the method itself). Bluntly speaking: they suck in making software in general & now they think that Scrum (for instance) is their silver bullet. They have no clue what was happening & why they were failing before & now they think that if they follow Scrum Guide, things will be ok. Mmm'kay?

At last but not least - the session I've personally found the most inspiring: "We're all designers" by Paul Klipp. I didn't met Paul in person or attend his session before. I've heard a lot about him & his work, but this was the first time I could make my own opinion and I must say: I'm impressed. Pragmatic, yet still ideological. Product-focused, seems to keep both feet on the ground, but has the crazy eye glare of visionary. Both charismatic and credible - sounds like a truly dangerous man :)

ABE is somehow special. To give you a glimpse of that - it's the place where people who completely do not know each other stop by to talk openly about:

Big thanks & a lot of respect for all the orgs for making ABE happen again. Massive truck of kudos to Agile Warsaw. 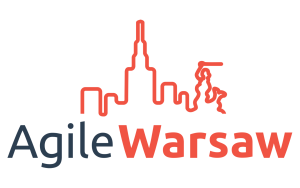