The commits of death: keyboards in blood

Software is similar to exactly nothing we had in this world until it has emerged. Ephemeral, not physical but with constantly growing physical indirect effects on our world. Software development has started as a small, isolated industry (focused on actual computing) but now it's powering up almost every other industry (and the differences in the way of powering may be very significant).

Software is everywhere. And if it still isn't, it will be very soon.

Uncle Bob has elaborated on some of these during his keynote at Build Stuff 15 & it has made me thinking. Everyone has heard about cases that belong to categories no 1 & 2 - even about big, stable companies going out of business due to financial losses caused by bugs / data leak issues. But ... it's not that hard to imagine bug(s) is software responsible for:

Yes, things may get bold. Let's face the facts: sooner or later a tragedy will happen due to programmer's actions - intended (terrorism, sabotage, felony) or not (ordinary bug). If, for instance, one person dies, it's a big chance that the public opinion won't notice. But what happens if 5 do? 10? 50? 200? Can you see the headlines already?

Uncle Bob has clearly stated that our future is determined: software development will become a regulated industry. Once first tragedy happens, governments will feel obliged to prevent it from happening again by forcing strict & precise norms / rules & regulations to assure proper level of quality in software.

I dare to disagree (with both Uncle Bob & the governments likewise ;>):

Can industry do something about it?

When I was a kid (coding kid ofc), I had high hopes of programming tools of the future: languages, IDEs, build systems. I expected them to improve not just in terms of looks & widget-creating wizards - I wanted them to be smarter. I believed in idea of componentization & RAD (rapid application development - not the crappy method, but the paradigm itself) - that one day we'll be constructing software with composable, reliable & well-bounded "bricks"; in a visual, bug-less, natural manner.

But it seems that my hopes were vain - the only smarts acquired by dev tools are about LINTing, code completion & pre-made inspections. We've almost got rid of unmanaged memory management (for a price!), but there are still many other traps lying around. What's more, software gets more & more distributed - a great challenge itself.

So - my answer is NO. We (as an industry) have no silver bullet for a significant quality improvement of the software we create. TDD didn't do that, either did Continuous Testing, FP & immutable state won't save the Earth either - and we don't have anything groundbreaking around a corner AFAIK (don't mention the proposed oath, please ...).

I'm not sure whether it's really soothing or not, but ... IMHO the domain of this problem will blur it out. Let me illustrate it with an example:

What does it mean? It means that quite likely people die because of software errors already. But these erroneous software interactions are either discreet, indirect, hard to distinguish from normal behavior or just hard to associate with software (YET!) that no-one makes a big issue of of that.

One day it will change. 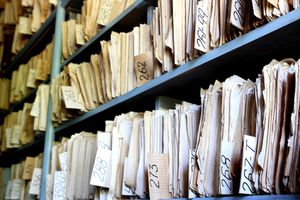 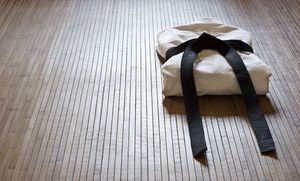