In this article you'll find out about modern Operations (& why DevOps ain't exactly the thing), what's missing in "you build it, you run it" paradigm, why there's a need for platform-caretaking team, what does it really mean - "SRE", how did we start building an SRE team & what did we struggle with.

In old good days of computing (I mean - in my case it means 90s, 00s ;>), life was so easy ;P There were development people & there were maintenance people. There were programmers & there were admins + SysOps. They've rarely talked to each other, they were throwing work over the walls to the other dept & everyone was happy ;P

OK, I'm kidding - this was inefficient, annoying & frequently crippled the whole organisation due to locality of responsibilities & limited knowledge sharing. Fortunately these days seem to be over & no-one (?) organises their service + infra operations this way these days (at least theoretically ...).

The 4th most twisted word ever

This change was possible mainly thanks to the Raise of DevOps (and partially due to a supremacy of Cloud). Although very few truly understand what stands behind this mysterious term, its buzzword potential is hardly matched.

Based on my observations, there are 2 common ways organisations follow to "implement DevOps":

When we were working on more mature approach to operations & maintenance in Fresha Engineering, we were still the beneficiaries of our Heroku heritage: this platform is so simple (some would even say: oversimplified), that we didn't need "Infra team", "DevOps team" or "SysOps team" - we were all DevOps by default, accidentally - just because the PaaS was so straightforward and approachable that all engineers could use/automate/build-upon it.

But this could not last forever (at least not in our case) - as we keep growing rapidly:

We've also started moving out of Heroku - its simplicity (so helpful at some point) started to be more of a burden than an advantage. We've needed more flexibility, more visibility, more control - to apply more powerful releasing model, to be able to detect forthcoming outages (before they really happen), to use cloud resources in more cost-effective way ...

(why Platform team is needed)

That's when we came up with a conclusion that "you build it, you run it" is a stellar principle when it comes to support & incident/problem handling, BUT  there's shitload of other Platform-related work that someone needs to take care of:

But still - all of that WITHOUT crossing out the principle - "you build it, you run it". Feature teams are still supposed to support (e.g. during on-calls) the platform, but there's a need for a bunch of specialised engineering people who'll focus on non-domain-related aspects of the platform & providing tools+data that help with maintaining it.

SRE to the rescue

I think I've heard about SRE (Site Reliability Engineering) in Google (for the first time) in 2016. Or - to be more precise - I've read about it in the 1st of 2 books Google engineers have dedicated to this topic. It didn't rock my world (review is here), mainly because I've found the form of several articles written by multiple people too repetitious & "uncombed", but ... I couldn't deny that this way of thinking about platform operations resonates with me & my past experience (aka lessons brutally learned due to own mistakes).

Site Reliability Engineering (SRE) is a discipline that incorporates aspects of software engineering and applies them to IT operations problems.

Brilliant. It's development-oriented approach to scalability / availability / resilience / performance /... problems. Based on automation, declarative definition in code (usually: some sort of DSL), clear KPIs & metrics (SLOs, SLIs). Pro-active, not re-active. Aaaand scalable in a way that if your infrastructure / traffic grows 10 times it doesn't mean you need 10 times more people to keep it running.

Google reportedly does that (under this very name) since 2003-ish. Several other high-profile (& not only) companies have picked up this terminology & apply it as well. So it happened in our case: we've decided that SRE mindset (& duty-set) exactly fits the gap that is widening in our company.

The beginnings are rarely easy. Neither they were for us.

We've started in August 2018, with a self-proclaimed Statement of Work for our newly-formed SRE team (proudly bearing a name of "Undefined"). None of the engineers on board has played such an exact role before.

We've started with 4 people (& expanded to 6 in 3 months time) - all of them had a choice to opt-in or -out (I've chosen the candidates, but they had a right to reject - some have used it):

But naming was the least of our issues. We've struggled with:

We're getting close to 6 months of our New Opening.

It works better than it ever did. We have a very short learning loop & we're not afraid to apply changes (which is apparently a huge trouble for so many companies), but we're still nowhere close to where we want to be.

Fortunately - we believe we'll get there - our progress is measurable & the speed of changes is comforting. We're tackling an obstacle after obstacle & this is the best fuel we can get to keep motivation high.

Paradoxically, the Feature Teams (other teams - focused on business features) take more & more of daily operations on themselves. This was initially my biggest concern (I didn't want to build knowledge silos & invisible walls), but so far none of my fatalistic fears have come true.

According to our predictions, next 3 months will bring a real breakthrough in terms of what we can do to improve platform operations.

Keep fingers crossed for us. 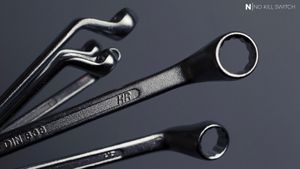 
The role of an Analyst in modern software delivery teams 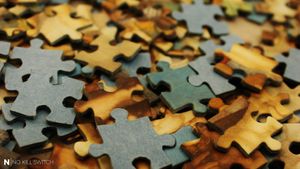