The platform economy, rise of app stores, and commoditization of the Internet have disrupted, or even (re)invented many industries. New distribution models, global access, flexible payment options - we do business in very different ways than 20 or even 10 years ago. We (in the software craftsmanship community) discuss and analyze those changes all the time, but usually only from a commercial perspective. We rarely take a closer look at their implications on society and culture.

Wrongly so, as there's another silent disruption wave rolling over (mostly) unaware world of art(ists). The changes are inevitable, opportunities are massive, but as the recent public debate (in Poland: the one about so-called copyright levies - link) revealed that many of the artists are completely clueless and ignorant of the environment changing rapidly around them.

It's a huge mistake.

The history of art (in a nutshell)

Art was never truly democratized. Initially, in the vast majority of cases, it had to be consumed nearly 100% directly - you had to have direct access to the performing artist or at least her/his unique (and physical) creations. That was limiting, at least when it came to the most elitist, (presumably) the highest quality art. Being an average human being, what were your chances to experience live Mozart, Paganini, da Vinci, or even Shakespearean The Theatre? The availability of the greatest masterpieces of art was heavily limited by the scarcity of its creators and difficulties in duplication/(re-)distribution.

As a result, the highest quality art was available primarily for wealthy patrons - due to the concept of Maecenate (which takes its name from Gaius Maecenas - a living exemplification of that idea). There were exceptions, of course, many of them of sacral nature - the Catholic Church was a powerful (and very specific) patron as well.

What's really interesting, this regularity has prevailed over the ages, but its "direction" has changed by 180 degrees. Initially, the wealthy were attracting (and "collecting") the skillful and talented, so (in time) the money started dictating what the product of the highest skill and talent is: "if the House of Medici supports Donatello, they know what they are doing - Donatello has to be the best". In other words - the taste of the powerful was setting the fashion, trends, and quality norms for the masses. The few were dictating what is good and what is not.

An average art consumer needed help when navigating the scattered & complex world of art - (s)he was too busy making for a living to do her/his own research. Centuries were passing, but this model didn't change that much. Art became much more accessible (reproducible), but (typically) it was still distributed physically. Even the invention and popularization of the printing press did not mean that everyone could reach out for any book at any given moment, right?

The wealthy patrons got replaced (in time) by another sort of "art experts" - music and literary critics, respected academic figures, stars of the grand society (celebrities of the era), and other "authorities". This caste usurped the privilege of "knowing better" - having a better "taste", being able to recognize pearls among swine.  And the masses were grateful because they were told patiently and in simple words: what is good & attention-worthy and what is just a waste of time.

Ahh, I've omitted one interesting phenomenon (which will appear useful at some point of this consideration) - somehow on the way, the art has been divided into "high art" (most valuable, progressive, ambitious, and demanding - from both creators and consumers) and "plebeian art" (whatever makes "unsophisticated" folks happy).

And again - no one seemed to mind this dichotomy: there was space (and need) for both.

The relics of such a historic setup had a strong presence in our lives just a few years ago:

The rules of the game have changed. Completely.

The majority of what we used to call 'art' is now classified as the 'experience' business and available online (on the Internet). The COVID-19 pandemic has sped up this trend - the highly restricted physical interactions have been replaced with the digitalized (online) ones.

And those 'digital experiences' are far more democratized than their physical predecessors. Using a single device (your mobile phone), you can listen to virtually any song, read any book, watch any movie, etc. Logistics are not a problem anymore. Neither warehouse nor shelf capacity is a constraint. Scaling out doesn't require more effort from the artist. While global access keeps improving, the inertia has got reduced to nearly zero: global premieres are truly global and can literally happen within the same second across the whole globe.

The patterns of communication have also changed completely. Every individual (artist or art consumer) can now reach much bigger audiences - asynchronously: without a requirement of having direct contact in both: given time and location.

What are the consequences (that we already started to experience)?

The message I'm trying to pass here isn't really about "only the popular stuff is valuable". That's a statement I strongly disagree with (more about that here). My point is that we should stop fooling ourselves and start relying on raw facts:

P.S. Yes, there are certainly many examples of currently recognized artists who were not appreciated by their generation(s) - but all for reasons that have been invalidated by the technology trends described in this blog post.

P.S.S. Some people claim that so-called 'cultural heritage' should be getting a different treatment (and dedicated financing) because it's a part of national identity and that we owe it to previous generations. I dare to disagree. Times change. We cannot pretend that the same means of expression that were effective and approachable in the XVIII or XIX century will remain so these days. 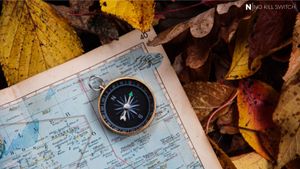 
Navigating your startup journey with a Wardley Map 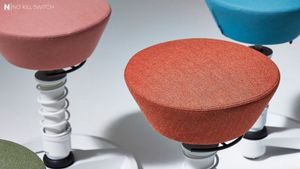 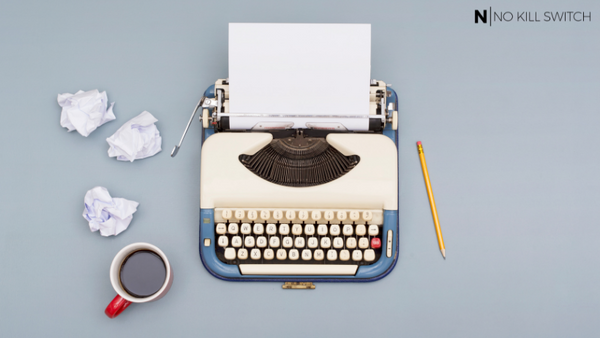