Disclaimer: This blog was never about politics. But occasionally, there are moments when topics far more important than technology, architecture, or leadership surface. That is one of these moments.

In the XXI century world, the global community expects civilized, democratic countries not to invade their neighbors because of unfulfilled dreams about returning to the past eras' imperial glory. Ergo, the conclusion is straightforward:

Putin (with his decisions) has unsubscribed Russia from the community of civilized, democratic countries.

Simple as that. If you don't follow basic ethical norms, you're a thug, and you're asked out. Firmly. Currently, Russia (and Belarus - turned by Lukashenko into Russia's lapdog) is such a thug. And it's time to cancel them (from the international community).

What do I mean by 'cancelation', and why do I think it's an adequate solution?

Cancellation means the highest form of ostracism - unconditional banishment of the aggressor from EVERY DIMENSION of international life/activity. Isolation. Exclusion. Expulsion from international:

To make it effective, we need much more than the determination of the European Commission or the U.S. Government. We need worldwide, international SOLIDARITY. Do you even remember this beautiful word? It's so rarely used in text or speech these days. Solidarity is about standing TOGETHER in defense of some common principles. It's about forgetting your particular interests (at least for a moment) and putting the common good to the fore.

"All that is necessary for evil to succeed is that good men do nothing." Edmund Burke

Wait, but isn't it covered by the international sanctions everyone speaks about? Cutting off from SWIFT, kicking them out of Eurovision, freezing the actives in Western banks? Oh no, it's much, much more to be done.

Every country, every business, every organization should reduce interaction & cooperation with Russian entities to ZERO. Or (if it's physically not possible or it objectively doesn't make sense) limit it as much as possible.

Examples? Let's imagine you run a music streaming service. You can:

Be creative. They have to know and feel that.

It will (of course) make sense ONLY if all major streaming companies do the same (in the act of SOLIDARITY). But what for? Will Russians even care about being cut from music streaming services? YES, if this goes beyond this single example. All these small inconveniences will add up and cause massive pain - a clear understanding of being a pariah of Europe, an outcast from the civilized world (& its achievements). Don't forget about the avalanche effect, set a good example & make it heard.

Even in kindergarten, kids learn that if you don't play by the rules, you're not allowed to play with others; you go stand in a corner and think about what you've done.

It will work ONLY if we get the critical mass and show firm unanimity.

Unfortunately, we're far from that yet. Internet is full of support declarations, Ukraine flags, expressions of indignations. Likes, Facebook layers, occasional swearing. But the big businesses (capable of striking the strongest) issue statements like this one (published by the CEO of an organization with >5B USD net income last year):

"The images and voices from Ukraine are tragic. XYZ is committed to supporting humanitarian aid to address the crisis, and we stand with all in the global community who are calling for peace."

And that's it. "Did we already send the invoice to our Russian state customer?"

Don't get me wrong. I'm certain they've organized some fundraiser (or even X, in every country where they operate), collected the most necessary (e.g., first aid) supplies, and sent them to those in need. Glory to them for that - it's a beautiful gesture (which they will now flaunt in PR for half a year). But in the meantime, such companies close their operations in Ukraine (for obvious reasons) while doing business as usual in Russia. So in the end - it was the cheapest way to appear decent and clear your conscience.

So instead of sharing another anti-Russian meme or up-voting another "our prayers are with you" kind-of declaration, put pressure on your employer on reacting in a meaningful way - in a way that would hurt Russia (economically, culturally, politically).

Question #1: So you want to cancel Russia - but what if Russia cancels you? What if they get backed up by China? Or if Putin blackmails the world with oil prices or whatever Russia exports?

Answer #1: If we're (the whole democratic world) more dependent on them than they are on us, we're screwed anyway - the faster we face the consequences (crises, constraints, recession & reconstruction) - the better.

Question #2: You suggest canceling Russia, but this would mainly affect Russian people, who may not support Putin (nor the war he started). Doesn't it sound unfair to you?

Answer #2: Russian people need to understand that it's Russia who's at war with Ukraine, not Putin. He represents the nation (as democratically - allegedly - selected president). The tanks bear a Russian flag and Russian emblems. The soldiers in these tanks are Russian. If Russian people disagree with their president, it's the freaking highest time to express it - as every normal, self-respecting nation would do. Remember - Hitler was not a side in WWII, it was Nazi Germany. He was just a ringleader, who hasn't been stopped by his fellow citizens.

Question #3: Do you realize the consequences of such cancellations? There are so many companies who rely ONLY on trade/cooperation with Russia. If we isolate Russia, they will go bankrupt instantly - is it what you propose?

Answer #3: Yes, I do realize that. And I believe that the part of SOLIDARITY I speak about is helping such entities to survive/pivot/reorganize. In fact - we will all suffer and it has already started (local currencies rates falling, energy costs rising, inflation will follow). But don't you see that we're talking about alternatives to nuclear war? The international community was too indulgent for too long - haven't you heard about Munich Agreement, failure of 'appeasement politics', and useful idiots like that one?

Question #4: Isolation will only make Putin more desperate - it will potentially create more incentive for rogue states to cooperate tightly. Doesn't it make more sense to try taming the tiger so it eats food out of your hand?

Answer #4: That's why we need to be firm, fast, and decisive. To make it hurt. And taming the tiger worked really, really bad so far - vide long-term Germany's energy strategy that has undermined the whole EU (yes, I refer to Nord Stream I & II).

Question #5: There are already so many sanctions agreed. Isn't what you propose too much? Shouldn't we wait and see if what was already agreed is effective enough?

Answer #5: Ukrainians stand brave. They are determined, their composure is impressive. But they stand no chance against such disproportion (and the treachery of that bastard - Lukashenko). They will get overwhelmed. They will run out of ammo. They will be cut off the supply lines. The time is essential here. Ukraine is fighting ALONE, and the world can only watch, with tight fists. THERE'S NO TIME TO WASTE!

Question #6: We are a company. We do not care about politics. We've invested so much (money/effort) in doing business with Russia. Why should we give up on a good market like that (especially when so many will get scared away ...)?

Answer #6: Because people without principles are contemptible. It's not just a matter of ethics. It's a matter of doing the RIGHT thing and being able to face yourself in the mirror without averting your eyesight. 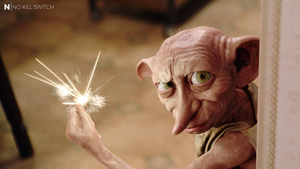 
How Dobby the house-elf f*cked up the world 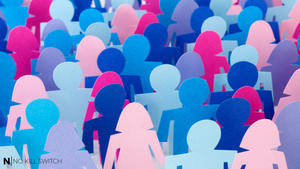 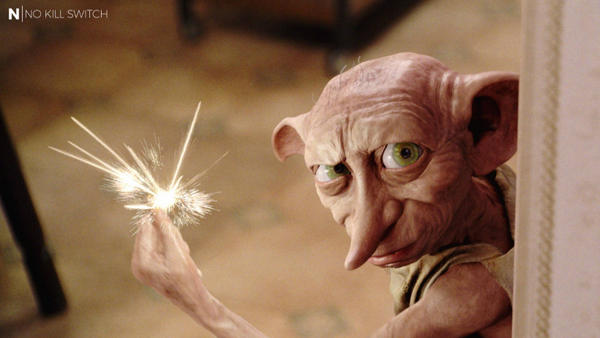 How Dobby the house-elf f*cked up the world