TL;DR - educating a specialist takes time, money & effort - w/o a guarantee of final payoff. Maybe it's the time to get back to traditional apprenticeship model to secure educator's position & make job market more sane?

On several occasions I've evangelized the advantages of sensible, organic growth over opportunistic, aggressive head-hunting. And I haven't changed my mind, but it'd be stupid to ignore risks & flaws of the model I recommend.

You have a small software house. Your team puts a lot of time & energy in filtering out the most talented people, than teaching them the Craft, shaping them to be your future driving force ... just to find out that after 12 months someone else has just tempted them "out" with salary you won't afford to match ...

Majority of the effort appears fruitless & you have to start over - youngster has done a lot of good while learning, but (s)he's about to reach his real potential just now, when (s)he was snatched somewhere else. One could say that lower wage can be compensated with better work environment (I totally agree), but that's what many youngsters under-appreciate (especially if the bid is high enough).

This clearly doesn't sound fair (from the mentioned small software house's perspective), but is there a way to fix that issue? Here are few (more & less realistic ...) options that come to my mind:

Go hippie. Be daring. Pick a stack that will be considered too crazy for an enterprise: due to scarceness of skills, lack of commercial support, relatively low maturity, etc. Ride on the hype's wave, pay the tax in blood ("bleeding edge" is named "bleeding" for a reason), but stay assured that nosy weasels will not look into your shed.

“Always two there are, no more, no less. A master and an apprentice.”

Maybe that's the right idea -> "formalize" (restrict) the system to force apprentice to repay (with his labor, during set period of time) for the knowledge & experience gained during tutelage period? I know it sounds crazy (it's XXI century after all ...) & of course it's not directly applicable (w/o modifications, e.g. regulating licenses, etc.) anymore, but maybe that's the foundation we should build upon?

If you think apprenticeship model is fully gone for centuries, think again. Or just look at sports (e.g. football) contracts - professional footballers sign long-term (1-4 yrs) contracts that oblige them to represent a given club, BUT if there's other club determined to sign them in the meantime, there's a paid transfer option (footballers signs a new contract with new club, previous club is being financially compensated by the new one). 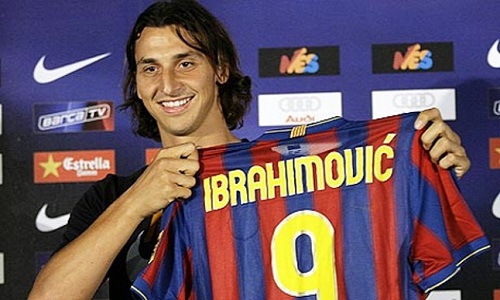 If a player is young enough, previous club does also get an additional (financial) compensation for player upbringing.

Ok, these are all pure fantasy & I can easily imagine the resistance that would rise against them ("Freedom! It's against our FREEDOM!"). But I think that the actual cost of "forming" a new, highly demanded specialist (e.g. software dev) is getting too high to just let it go.

Architecture in the Wild: Business Process Orchestration - part I

The recruitment interviews I host aren't pure practice. One of the stages I explicitly distinguish is called "engineering background check". Some do call it "the theoretical part" (because I ask candidates to explain a particular term to me), but it's…

Interviewing the "passé" way (for a reason)

When it comes to recruitment interviews, there's an overwhelmingly popular opinion (on the Internet) that one should test candidates in conditions that do resemble real-life work scenarios as much as possible. Tasks & challenges should mimic the ones that the…

Why I don't use either external headhunters or contractor agencies

As a person who actively builds teams for many years, I can share with you what's the first thing that happens after I publish a new open position post/ad (in social media or on specialized job boards): nearly instantaneously,…

Why HR Depts are such a bad idea

It's hard to find a company bigger than 30 people that doesn't have its HR Department - even if it consists of just 1 person. And the name itself is of secondary meaning: some call it Human Resources, some prefer…

We're probably bad at job titles. And it's OK.

There's no point in re-inventing the wheel. We all walk in the footsteps of industry pioneers & use the legacy of their lessons learned for our advantage. However ... Think for yourselfI hate mindlessly copying "industry standards" & "best practices". Software…