Even if you've read just a bunch blog posts of mine, you've probably identified my key mantras:

I firmly believe that all of these topics (& many more) should be in the centre of your interest as an organisational leader. Sadly, that's the theory - many organisations pick a completely different path. The path of de-leadership.

What does it even mean "de-leadership"?

De-leadership happens that people who were supposed to lead do NOT do that, because get busy with something entirely else instead. Usually a worthless substitute - duties that have been (more or less explicitly) invented as something more proper for their "new status" or as a result of layering the control mechanisms within the organisation.

In some cases, it occurs that assumed leaders do not want or simply can't fulfil the leadership duties (because they are afraid, overwhelmed, don't like it or are just not capable) - so they look for anything else just to look busy.

What are the typical de-leadership duties?

Honestly, in a large-enough organisation (100+) one can easily generate himself an infinite amount of work ... which doesn't add any real value but keeps him 100% busy.

What's worse, many lose the contextual awareness and are not able to identify it as a waste - they get used to nonsensical policies, procedures & other "rituals" that do dictate them the rhythm of the day.

That's how the "we VS them" syndrome is born. The former leader stops being a TRUE leader and remains just a person of high status (respected for fear of being able to cause harm), but completely detached from the actual work. He plays his own game. The one "the little ones" won't comprehend. A game which is important, only because someone important said it's important (aka the infinite loop of madness).

Now the bold point: 95% of these people could have been fired on the spot. What's important - without any negative impact on the organisation (quite the contrary). Obviously, it would have been significantly more beneficial if those people ditched all the invented, meaningless crap-work they do and rolled up their sleeves to lead their teams in the field, but for many it's already too far out of their comfort zone ... Isn't it?

How not to get de-leadered?

Be honest with yourself. Every day, after you're done with your work (you do have a strict borderline between work & private life, don't you?), ask yourself few questions: 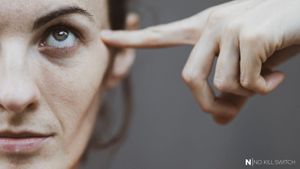 
Diversity and the art of team-building 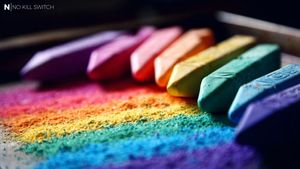