By reading this blog post you'll learn: that creative chaos works only until some point, personal emotions play an important part in making changes happen, "calm" doesn't have to mean "slow" and even fighter pilots can't go wild frantically if they want to survive.

I've tried to trace its origin, but I've failed. It has just been used too widely, by too many historical figures on too many ocassions. Fortunately, what really matters is not who said it first, but the actual wisdom hidden behind the words ...

Building software is an entirely new kind of business. Very dynamic, rapidly evolving, exclusively based on foundations of knowledge & skill, instead of matter & physical labour. But even software crafstmanship doesn't have infinite agility (flexibility) & zero inertia ...

Because it involves humans.

Even in most dynamic environments, like small start-ups or flat hierarchy workshops, organizational change can't happen every 5 minutes. Work environment that is just too frantic is far away from productive:

I've been there, done that, committed this error so many times.

Personally I'm very impatient, my technical background & architect experience makes it easy to visualise the solutions even before they leave the drawing board. At such point it's hard to understand the limitations - "I can already see it! Why can't we get it faster, let's accelerate!"

But I've learned the hard way that proper rhytm & tact is very important:

Continuous firefighting w/o fire will increase focus, but only temporarily. The only long-terms effects will be: burn-out, fatigue, increased tolerance to pressure (indifference).

So-called "creative chaos" is important, but at some point (after some sort of envisioning/brainstorm) it needs direction, triage, execution, delivery & evaluation. Famous OODA cycle can be shorter or longer, but for given length, ALL its phases have to be there. Uncontrollable series of frantic actions will inevitably lead to disaster (what's worse: without valuable learnings!).

That's the problem of many organizations that've failed miserably - they had tons of ideas, failed to prioritise them, didn't manage to pick proper battles to fight first, never controlled their WIP (work in progress) & as a result - were running like headless chicken.

Execution is the king. Everyone can have great ideas, winners are the ones who are able to execute them.

When the sky is falling

In such cases one may have to take manual control, override everything that was a sanctity 5 minutes ago, invalidate all the plans, introduce emergency change. By her/himself or by raising a crisis squad. When it happens, you don't care much about people comfort as it's a situation of (more or less) life & death (in context of team / organization).

But even if you succeed, there'll always be a price to pay. So don't overuse it, don't apply it on daily basis, keep it for situations when it's really needed. 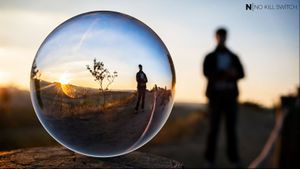 
Transparency - what does it really mean? 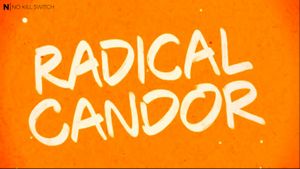