'Big data' is not among the most catchy buzzwords anymore. This is probably good - after the initial hype, there's a proper time to assess the practical applicability and tangible benefits.

Big data's epicenter was always the Hadoop ecosystem. It has several advantages, but TBH working with it was always a huge pain:

Nevertheless, such pain points have never truly discouraged me from experimenting. But frankly, the products I was always most interested in were the ones that process streams of data in the near-real-time ('fast data' instead of 'big data'): Apache Storm, Apache Spark (Streaming), Apache Flink.

What's so alluring about data stream processing? Why the fixation on that concept? Because of the following perpendicularity parallel, that has resonated with me strongly:

Typical analytical queries (run on any analytical DB, e.g., a data warehouse) work like that:

Whilst the typical streaming queries are perpendicular to that model:

Both scenarios have their practical applicability - but whereas the former is well known and commonly used, the latter hasn't been embraced by many yet, despite its tremendous potential - which is based on mixing stateful contextual aggregates with the real-time flow of hot (relevant because of its freshness) data.

The good news is that the entry threshold to start working with streaming data has dropped significantly. Not because the Hadoop ecosystem has matured so much (which it did), but thanks to cloud providers, who can take care of setup and all the cumbersome operations for you.

In the last few months, I had plenty of occasions to work with such a solution - Kinesis Data Analytics (KDA) on AWS. I think I've acquired a lot of exciting experience and knowledge, which is definitely worth sharing :) Hence I've decided to blog about it.

Disclaimer: I work for AWS. No, the post is not "sponsored". I did create it out-of-work, in my spare time, because I wanted to do so (not because someone told me to or asked me to do it). This is not an official statement or any kind of official AWS communication/content. Enjoy :)

It's generally an oversimplification, but you can think about it as managed Flink on AWS cloud infrastructure. The service itself is not that new. It was released in 2016, and AWS added the Flink support in 2018 (initially only for Java). At that point, the programming model wasn't that much convenient - you had to build your application locally and deploy it in the cloud as a JAR file. Not the most suitable scenario for rapid experimentation, indeed.

Fortunately, service is being very actively developed. A few months ago, PyFlink support had been added (to already existing Java and Scala APIs), and recently - AWS has introduced an 'overlay' service called Kinesis Data Analytics Studio which (IMHO) truly changes the rules of the game.

DA Studio is pretty much a Zeppelin notebook running on the top of the Flink cluster. Confused? These names do not ring a bell for you?

OK, let me help you figure out what it means in practice.

Kinesis DA Studio combines all these technologies in one 'package' that you can provision in less than 5 minutes. Then, using a lightweight, user-friendly web interface, you can:

If this sounds interesting, please make sure you won't miss the subsequent episodes in the series - there are far more topics I'll cover in the forthcoming posts:

The next post in the series (setting up an input Kinesis stream) is available here. 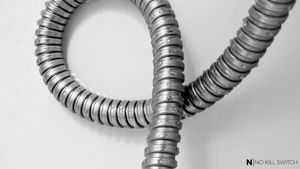 
Dancing with (Flink) streams: the input